Nanowrimo is almost here. And once again I am going to attempt this rather difficult feat.

Last year I failed to meet the 50,000 word target. Also Thor, my laptop, died right near the end of it. I lost none of my work though as I have backups of everything.

I still haven’t finished that novel. I have several unfinished novels. I know that that isn’t good. I still enjoy the process of writing. Beginnings are always fun. In those moments you create a new world. After the first few chapters it is easy to become a little lost. It is like when playing with toy soldiers as a child: I’m not sure I ever did but it works for a metaphor.

When playing such games we imagine the great battle, the establishment of a beachhead, and the destruction of enemy forces.

We rarely play the aftermath. There are computer games for the Battle of Britain. They don’t make computer games where you have to work out the minutiae of the Paris peace treaties.

A novel is still a tall order but one I feel I will achieve some day.  The words ‘some day’ are a curse but there they are.

This year I am going to attempt something a little different. I won’t be working in my usual genera but in romance.

It will be about a lonely man who lives on a narrowboat and finds love. It is a story that has been brewing in my mind for a while.

I have no solid idea of exactly what is going to happen in the story but I am excited to see where it goes.

If you are attempting Nanowrimo this year I wish you the best of luck. See you on the other side.

The narrowboat picture is from:

Eleven days ago, at time of writing, I was introduced to Duolingo by my parents.

Duolingo is a tool for learning a new language. Primarily I downloaded it to learn Welsh but I have decided to try a few other languages too. So in total I am doing: Welsh, German, Dutch, Swedish, and Romanian.

And those are listed in the order of how well I am doing!

I wasn’t sure that my Welsh was sinking in, I have been doing Say Something in Welsh, but after trying these other languages it looks like something has gone in.

If you are looking to lean a language this is a good place to start. Although you will end up saying stuff like ‘She is not a boy. He is not a girl.’

Seven Things about The Princess Bride 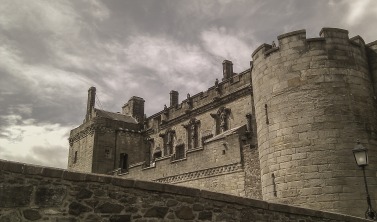 The Princess Bride is thirty years old this year and it is one of my favourite films.

If you have not seen this film I recommend you go and see it now. There are spoilers here. Also how is living under a rock going for you?

It is difficult to explain why I love this film so much but I will try. However I do feel the need to point out the one flaw I see in this film…

The one thing I not only don’t like, but actually hate, about this film is the way Buttercup is portrayed.

During the fight in the fire swamp she is completely useless. She just stands there and does nothing to assist Westley. It really wouldn’t have hurt the scene if she had tried to attack the ROUS – even if it would have done nothing.

This is even more of a shame because later in the film Buttercup is able to stand up to Humperdinck. She is not a weak woman. I am not saying that she should have been a sword master but to just stand by while her lover is in such peril annoyed me.

The dialogue in this film is wonderful. It is so quotable. If you have seen this film you know exactly what I am talking about.

‘My name is Inigo Montoya. You killed my father prepare to die.’

‘We are men of action lies do not become us.’

There are others of course. What is your favourite quote from this film?

The framing devise of this film is interesting. It gives the film a real fairy tale feel. There is something so special about being read to.

When the Harry Potter books, and also the Abhorsen Trilogy, and His Dark Materials,were released we always read them on holiday in my family. Mum read them to us in a tent. It is a special thing. And in The Princess Bride I like that they do this.

Some might say that the Grandson’s interruptions are annoying and interrupt the flow. Perhaps though that is actually the whole point. I don’t think this detracts from the story. In fact I rather like it especially when, on learning that Humperdinck lives, the Grandson says: ‘Jesus, Grampa, what did you read me this for.

I have to mention Wallace Shaw. He really steals the show in this film.

Being a Trekkie I first saw Wallace Shaw as the Grand Nagus in DS9 – ‘It might be fun for you and me but its not fun for the beetle.’

The other actors are good too. Mandy Patinkin nails the part. There is a wonderful interview where he talks about his most famous line:

And how this helped him overcome the death of his father to cancer.

The fight. Thankfully this is not an out of place reference to a mediocre episode of Voyager. I’m referring to the fight between Inago and Westly. In fact that whole scene is just pure gold.

These two characters are, basically, accidental enemies. They have no particular malice towards each other but are on opposite sides.

They talk about their backgrounds, well Inago talks and Westly is evasive, before starting the fight. I don’t know anything about swords, so maybe this scene doesn’t work for a fencing aficionado, but the way they talk about the forms they are using always makes me smile.

Here is the scene. Enjoy.

The battle of wits. This scene and, once again, I must mention Wallace Shaw, is wonderful. As I watch this again I am wondering if Vizzini actually knows anything. I think that most people, given this choice, would have admitted defeat – rather than a 50/50 chance of life. Regardless Wallace Shaw is wonderful as Vizzini.

The Princess Bride was originally a book. It was written in 1973 by William Goldman – he also wrote the screenplay.

The Princess Bride, the film, is that rare thing – a film better than the book it comes from.

I have read the book and it doesn’t hold up compared to the film. Here is s summery of the differences…

One thing that the film might have benefited from is the inclusion of Buttercup’s parents. In the film it is rather odd that she seems to run the farm all by herself. The Zoo of Death could have been interesting but, as mentioned in the video, would have been difficult for a film to pull off.

So there you have it. The Princess Bride.

As I said at the top this is one of my favourite films. If you have not seen it I hope that I have done enough to encourage you to check it out. I assure you you will have fun.