The Problem with Heroes I’m not convinced by the idea of heroes. In storytelling I mean. A lot of people have personal heroes, whether real or fictional, and they can be quite useful. What I’m talking about is the quintessential story hero.

Before I continue I should say that there are a few instances where it does work. I think  The Doctor is a good example of a hero – though there are still instances where that series goes too far. The Doctor is a Time Lord and his people have a sense of time – thus they can see things how they are ‘supposed’ to be. This includes things like ‘fixed points‘ – basically big historical events that cannot be altered. It makes sense, in the context of the series, that the Doctor is the only one who can help – the rest of his people follow a sort of Prime Directive.

Buffy is perhaps another example of a hero done right. She has superpowers because she is the slayer. While a normal human could be trained in martial arts – they would not have the visions or the innate abilities of a slayer. Also Buffy isn’t, by any means, perfect. Over the series she makes a lot of mistakes over the course of the series.

Sometimes though the hero is only created by making everyone else look worse. This can be illustrated in two Star Trek movies: The Voyage Home and The Final Frontier. Yes I am going to pick on Captain Kirk – this might not be such a good idea. And I am aware that criticising The Final Frontier is like shooting fish in a very small barrel.

In the Kirk/Picard debate I am firmly on the side of Picard. The exception to that would be Generations – where Picard look grossly ineffective.

In The Voyage Home an alien probe is sent to Earth to make contact with the whales. Unfortunately by the 23rd century Whales are an extinct species. It is a bit of a silly premise, needed after the heavy stuff of its predecessors, but that isn’t what I’m here to talk about.

In this film Kirk and company are heading back to Earth when the receive the distress signal. The Federation President warns all ships to stay away from Earth because of the damage caused by an alien probe. In a few minutes Kirk and Spock are able to work out that the signal is whale song. 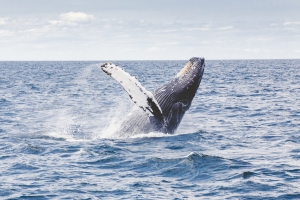 However no one else in Starfleet seems able to do this.

Now if I was being kind I would say that the people at HQ were in the midst of a crisis and so probably weren’t thinking straight. However shouldn’t someone else have been able to figure this stuff out? The suggestion here is that if Kirk and Spock weren’t around everyone on Earth would have died. Which is especially disconcerting as Spock was recently dead and is lucky to be alive. Yes, those are the right words.

And so Spock does his calculations and takes them back in time to find some whales and save the planet.

Apropo of nothing at all if time travel can be done in a bird-of-prey, the spaceship equivalent of a reliant robin, then why isn’t it attempted more often? No more red shirts shitting themselves at beaming down because that event can be undone. That’s beside the point just food for thought.

This idea that Kirk and Spock are the only ones to think of this doesn’t really work.

No, there is too much let me sum up. (Sorry couldn’t resist.)

To give the simple answer because it implies that the universe, world, or wherever the stakes  would be destroyed were it not for these characters. There are times, in history, when one person was in the right place at the right time.  However fiction doesn’t have the luxury of doing that. If your hero is fighting a loosing battle and suddenly the cavalry arrives and they are saved it is deus ex machina. In film it is lazy writing even it could, and probably has, happened in real life. 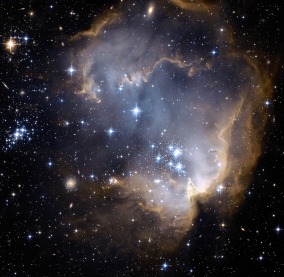 Star Trek: The Final Frontier is a very problematic film. Kirk and company go on a mission to find God. It would be like Indian Jones finding aliens and… oh yeah…

Naturally they can’t say definitively if God exists. Saying ‘Yes’ or ‘No’ could, potentially, offend someone. Of course offending someone is not enough of a reason not to do something. I’m not here today to pick this film to pieces . If you want that you can watch the SFDEBRIS review of the film.

As mentioned in this review we have an unintended implication. Starfleet has no experienced commanders. None. None at all. No one but Kirk is any good at their job and thus sending Kirk in a broken ship is preferable to sending anyone else.

William Shatner is well known for being rather egotistical. I don’t know how much of that is true but it certainly comes across in this movie.

It is difficult to know what the solution to the hero problem is. If we’re watching a TV show or film we want to see the same characters. This leads to some contrivances. Such as senior officers doing everything and the flagship being sent on missions that should be done by a science vessel. However I think that writers need to be careful not to use too many of these contrivances.

So what is the solution?

I’m not sure. That is the simple answer. Star Trek has also used the ‘only ship available’ defence – or that they are the closest ship to whatever disaster is happening. This can work sometimes. Although the fact that the Enterprise B, a ship not yet completed, was the only one in Generations is just stupid. Hopefully if the Romulans do decide to invade it will be on Wednesday – at least then we might have a chance.

I’ll admit that no matter how you do it there will always be a contrivance somewhere. When you see Kirk beaming down to this planet or that planet – you know this should be someone else’s job – but if the rest of the story is compelling then it can be overlooked. The important thing is that suspension of disbelief is a fragile thing. If you stretch it too far the cables will snap and the whole sorry mess will crash unceremoniously into the ocean.