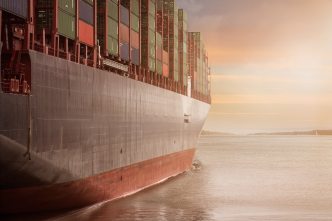 In the interest of full disclosure I was asked to review this book and sent a free copy by the author.

Operation Hail Storm is a military action novel by Brett Arquette – in a similar vain to Tom Clancy.

A friend asked me the other day what my favourite book was and I couldn’t give an answer. I think that was became I rarely read books twice. I can read about 30 books a year. If I die at sixty, very young but lets just go with it for a moment, I can read another 900 books. As such re-reading feels like a bit of a waste of time. Which is weird because I will happily re-watch TV shows.

I have reread the Harry Potter books, His Dark Materials, The Abhorsen Trilogy, and a few others, but also The Hunt for Red October. I mention this because I think that a book being worth a reread is a good sign – at the same time not wanting to reread doesn’t necessarily mean its bad – if I book is really bad I won’t even finish it.

Photo by Burst on Pexels.com

I say all this because Brett Arquette specifically mentioned Tom Clancy as a reason he thought I would enjoy his book. Although looking at other reviews on Goodreads it is quite clear that he has blanketed many people with the free copy,

The best I can say about this is that it shows promise. It didn’t feel to me completely polished. The story is interesting but there are writing issue throughout that really needed to be resolved before it was released. In essence this feels like a third or fourth draft. I.e the major issues have been ironed out but it is not quite ready.

The story centres on Marshall Hail – a billionaire with a small fleet of specially modified cargo ships and drones to rid the world of arms dealers and terrorist. I like the premise and it is not an idea I have seen elsewhere – maybe that just means I need to read more. The action is good and the story is easy to follow I just struggled with the aforementioned editing issues and the believably in parts. At the moment I have no desire to read the next book in the series. Although I am curious to see if the writing improves. We all know of TV shows that had shaky first seasons don’t we?

There are several instances of cliches in this book. As TV tropes reminds is cliches are not inherently bad but they do stick out to me. Admittedly this may be my issue. I have studied writing and avoidance of cliches was something that was emphasised.

Another section that caught my eye was: ‘Hail typed in a reply to the instant message: On my way. He hit send and logged off his computer.’ This makes me think of an article I once read about meeting the Nanowrimo word count. Which included things like verbose sentences.

One thing the book does well is that each section has a heading telling us where we are. So for instance: Java Sea – Aboard the Hail Nucleus. The problem is that the name of the ship is repeated with in the section. Once the name has been established it can just be referred to as the ship. As written it is like having a story about a bus driver in San Francisco and constantly saying: He turned the corner of a street in San Francisco. This is nitpicking again, and it comes down to editing, but I think it showcases well the problems with the novel. 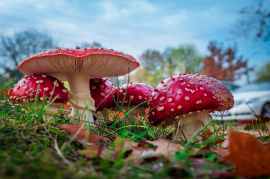 Disbelief must be suspended for any story.  I am used to this since I watch a lot of sci-fi. I know that a transporter is impossible but I can go with it for the story.

Operation Hail Storm doesn’t do anything that egregious but there were points in the novel that challenged me.  For instance the ship has a mall on board. This maybe a failure in my imagination. When reading that section I saw the mall as my local shopping centre so perhaps it wasn’t supposed to be that big. Still a mall on a ship seemed a bit too far – but the suspension cables of my disbelief held out – just.

In conclusion this book is problematic but enjoyable.I can’t say it was bad because parts of it were well written and it had an interesting premise. I can’t say it was great because it needed to be gone over a few more times. You might want to give this novel a go. If you’re not as much of a nitpicker as I am. You might love it. For me though it was an interesting read but not a universe I would care to return to any time soon.