The Doctor Who Experience

On Easter Sunday I went to the Doctor Who experience in Cardiff Bay. I forgot to take a picture of the outside but basically it looks like a giant worm. 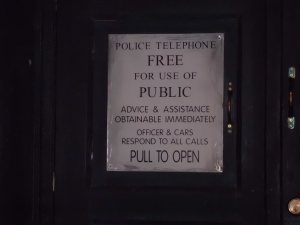 This place is a must for any Doctor Who fan. The tour begins with an adventure lead by the Doctor. I don’t want to spoil it any further except to say that this was fun and had some nice practical effects. In the world of CGI you don’t get to see practical effects all that often.

After this you emerge into an exhibition. This shows all the Doctors, Cybermen, Daleks, Sontarans, and many more.

This year marks 50 years of Doctor Who and it was good to see the entire history of the show represented. 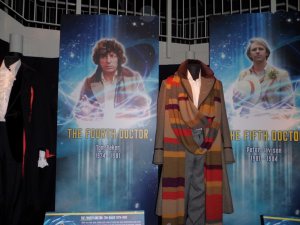 The original series of Doctor Who ran from 1963-1989. In Britain it has remained part of the culture. Even people like me, I was born in 1987, were aware of it long before its revival.

In my opinion the Fourth Doctor remains the quintessential Doctor. When the Doctor is seen in other programs, like the Simpsons, it is nearly always the Fourth Doctor. This is probably because the scarf and the coat have become iconic.

If you’ve only ever seen the new Who the original series is worth watching. It is know for its wobbly sets and rubbery monsters. There is one episode where people are being taken over by a monster and to make that they used bubble wrap and sprayed it green.

With all science fiction some suspension of disbelief is required. I find that, general, as long as the actors can pretend that the wobbly monster is the deadliest thing ever then the audience will buy it.