The Parting of the Ways

In my post ‘The Writer Dances’ I described why 2016 had been a good year for me – because of meeting a very special lady. Well, unfortunately that has all ended, but it doesn’t seem to be quite so simple as having been catfished.

This story won’t have a conclusion but I’m going to tell it anyway.

I met this lady on an app called Whisper. I’m not going to use any real names here, obviously, so we’ll call her… Dianna. For those of you that may be unaware Whisper is basically like an anonymous Twitter – that’s the whole point – but it does allow for private conversations as well.

On whisper you can post about anything: boasts of sexual conquests, confess that you’ve cheated, that you hate all costumes in the shop you work in, or that your bed has cuddly toys despite the fact that you’re fast approaching 30…and male.

Anyway Dianna responded to a Whisper I posted asking for relationship advice. She was kind and very helpful. Ultimately that date didn’t work out but Dianna and I kept talking.

We talked almost every day for a couple of months. Somewhere along the way we started to fall for each other. I was afraid to say anything first, I was aware that this was weird, but she did and then we were calling each other by cute names. It was comfortable and wonderful. It felt to me like a real relationship.

I won’t bore you with all the trials and tribulations and fast forward to more recent events. When I mentioned Dianna to my friend, again no real names we’ll call her Lisa, she was a little concerned. And mentioned catfishing. I had heard of it of course but was convinced that that wasn’t what this was.

You see, to me, the idea was impossible. Dianna was so friendly and helpful. She made me feel better about being me and it was so wonderful…. but things fell apart. I mentioned this in the post ‘You are My Sunshine.‘

I though I was talking to a woman with server depression and anxiety so resistance to video chat or to even exchange addresses didn’t raise the alarm to me. And I didn’t push it because that wasn’t going to help at all. However the possibility lurked in the back of my mind.

Finally, we’re talking at the beginning of this month, I decided to Google her. She had only sent me one image of her face. The others were of: her hand holding a book, shots of her cooking, and such.

Now here’s the thing about that Twitter account. It hadn’t been used in over a year and had only a handful of follows. So I asked Dianna to explain. I was, I hope, very careful with my words.

And then she was gone.

I don’t know the details of what happened. I begged for her to say but she wouldn’t. So now I’m left wondering. 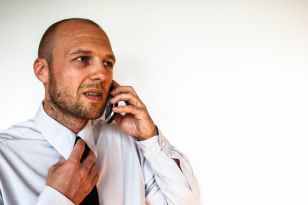 When it comes to an online text chat you can never be sure of anything. Maybe she was actually a fat Russian name Norman and  was just very inventive – mentioning her little cousin taking the phone and having period cramps!